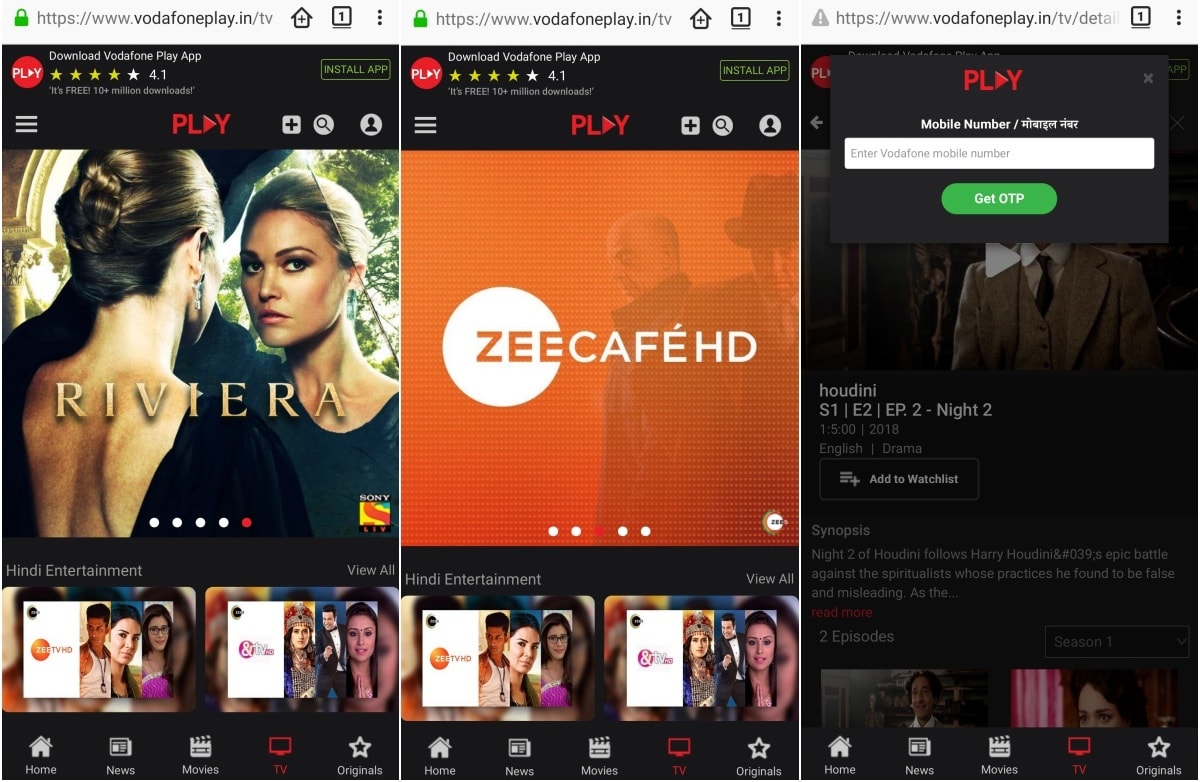 Vodafone Play is only available for Vodafone subscribers

Vodafone Idea has quietly unveiled a mobile website for its Vodafone Play live TV and video streaming app. Accessible at lite.vodafoneplay.in or vodafoneplay.in, the website can only be used on mobile devices. On desktop computers and other devices, the website opens a page suggesting the users to download the official mobile apps. Vodafone Play offers access to Live TV channels as well as several streaming services via single interface. It can only be used by Vodafone subscribers in the country.

The mobile website interface of Vodafone Play is pretty similar to the official application. It includes clear options for News, Movies, TV, and Originals. The users can also search for channels, movies, and TV shows on the website.

The launch of the Vodafone Play mobile Web version comes just days after the telecom operator introduced the Lionsgate Play on its app. Lionsgate Play’s library of content is populated by renowned franchise like The Hunger Games and The Twilight Saga as well as award-winning movies such as La La Land and Wonder.