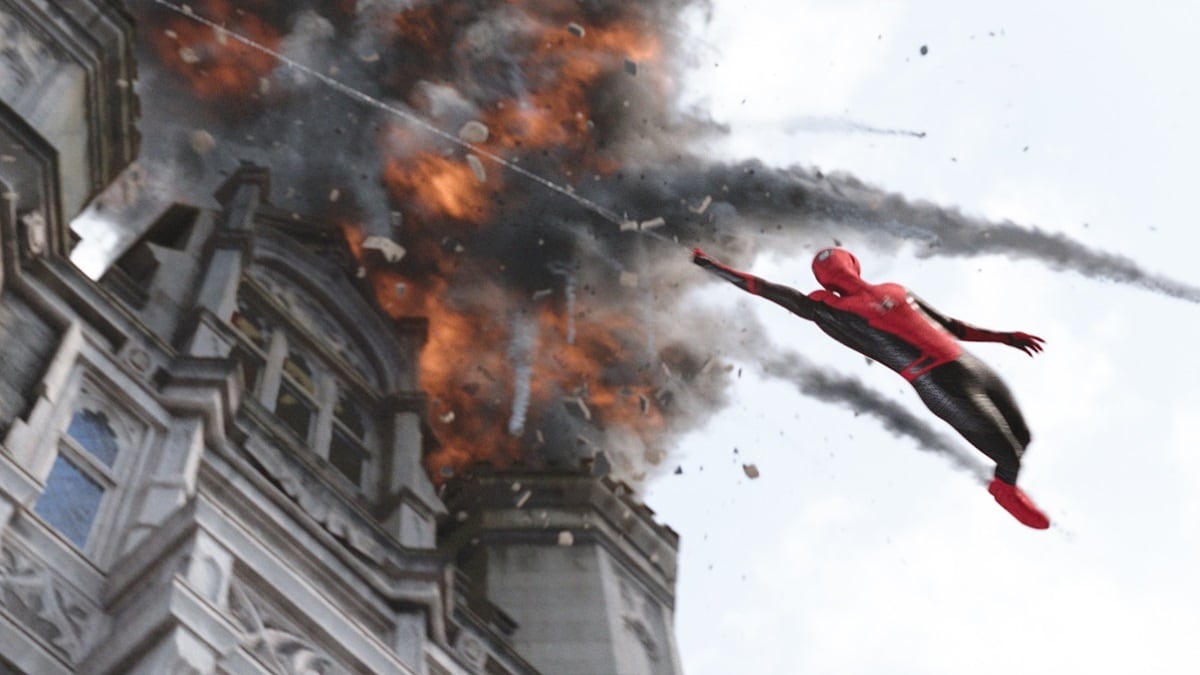 Tom Holland as Spider-Man in Far From Home

Spider-Man: Far From Home added $145.3 million (about Rs. 995.88 crores) over this past weekend at the worldwide box office, taking its global total close to $850 million (about Rs. 5,825 crores). In just two weekends, the newest chapter in the Marvel Cinematic Universe has come close to the record for the highest-grossing Spider-Man movie of all time — 2007’s Spider-Man 3 ($890.8 million) — which it should have a good shot at achieving considering its 17-day performance. For now, it’s the third highest-grossing Spider-Man movie, behind its direct predecessor Spider-Man: Homecoming ($880.2 million) and Spider-Man 3, and the fourth if you count spin-offs: Venom ($856 million).

While Sony Pictures’ Marvel Studios co-production was ruling the worldwide box office, Disney-Pixar’s excellent Toy Story 4 finished a fair bit behind to claim the runner-up spot for this weekend, with $68.76 million (about Rs. 471.37 crores) globally. New markets this weekend included Japan ($15.3 million) and Hong Kong ($4.6 million), setting records for having the largest opening of all time for a Disney Animation / Pixar film in both. Germany (August 15) is now the only country where it has yet to release.

Weight loss in winter, here’s how you can keep up your fitness routine