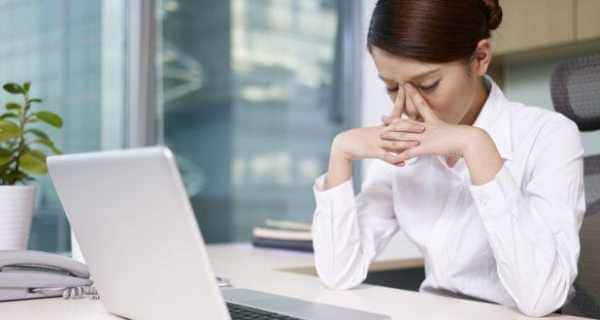 A research by San Francisco State University has revealed that checking your posture every now and then will help reduce strain on your neck, back, spine and vertebrae, if you use computers regularly. The researchers said that working on computers can lead to headaches or neck and backaches. Sitting at a computer with jutting head forward to look more closely at the screen compresses the neck and can cause fatigue, headaches, poor concentration, increased muscle tension and can even lead to injury to the vertebrae over time. It can even limit the ability to turn the head, the researchers explained. Erik Peper, Associate Professor, has been quoted by IANS as saying, “When your posture is tall and erect, the muscles of your back can easily support the weight of your head and neck — as much as 12 pounds. But when your head juts forward at a 45 degree angle, your neck acts like a fulcrum, like a long lever lifting a heavy object. Now the muscle weight of your head and neck is the equivalent of about 45 pounds. It is not surprising people get stiff necks and shoulder and back pain.”

In the second test, 125 students scrunched their necks for 30 seconds. Afterwards, 98 per cent reported some level of pain in their head, neck or eyes. The researchers also monitored 12 students with electromyography equipment and found that trapezius muscle tension increased in the scrunched, head forward position.

How to keep your neck erect when using a computer

The researchers suggest to check posture and make sure the head is aligned on top of the neck, as if held by an invisible thread from the ceiling. Other solutions include increasing the font on your computer screen, wearing computer reading glasses or placing your computer on a stand at eye level, all to make the screen easier to read without strain.

You must also ensure that your elbow is rested, your wrists are at rest while typing and your system is at eye level.

BlackBerry Mercury at MWC 2017: What You Can Expect From Tonight’s Launch

For excellent cognitive skills in old age, eat this nutrient