BlackBerry has finally acknowledged problems with the much-delayed 10.3.3 update to BlackBerry 10 that users began to receive late last year.

That was a way of saying that the BB10 platform was going into maintenance mode, and users shouldn’t expect any new features. As we explained, the Qt-based Cascades development environment needed significant investment to bring it up to date, and BB10 devices sales didn’t justify it. Since then BlackBerry Mobile has been created as a software and licensing unit, with partners, principally TCL, handling the design, marketing and logistics of selling BlackBerry-branded phones. 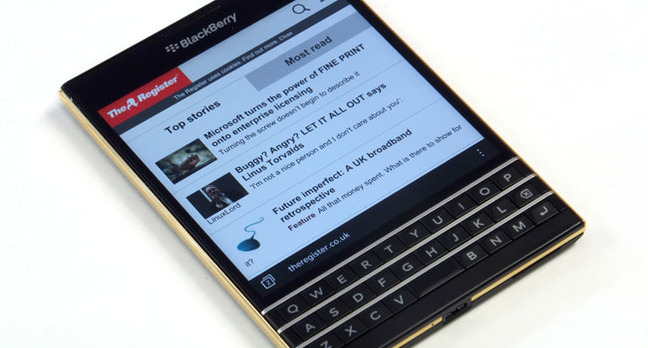 The promised update, which qualified for US National Information Assurance Partnership (NIAP) certification, only rolled out in December, and only initially for US users. (UK devices began to receive 10.3.3 last month.)

But even though 10.3.3 didn’t contain any new features*, it has caused users problems, BlackBerry acknowledges in a release note. These include:

Walk away from your BlackBerry for 24 hours.

Users aren’t impressed, partly because it was typical for users to expect a “settling in” period after a fresh install, and partly because doesn’t acknowledge that 10.3.3 has brought new problems. See the comments under this story for a typical selection.

(Your reporter has updated two devices to 10.3.3, without experiencing the worst problems, but both were given a clean install.)

Alas, the problems are compounded by other evidence of decay in the BB10 world. For users to backup their mission critical phone logs, or migrate them to another device, BlackBerry’s desktop software Link needs to be used. But the combination of BlackBerry Link and 10.3.3 works only erratically, or not at all, with Windows 10 and Mac OS Sierra, and there’s no indication it will ever receive an update. To keep backing up that vital data, users need to keep their phone on 10.3.2 and an older version of Mac or Windows: preferably both.

Two years ago BlackBerry’s enterprise chief told us the company had “left people behind” in its migration to BB10 in 2013. Internal network data showed that millions were clinging to their older BlackBerry devices. Now it’s BB10 user’s turn to be left behind, too. ®

*For those who haven’t yet received it, some networks such as the UK’s EE have yet to authorise it.

Next Flagship Smartphone: The 11 Won’t Quite Take HTC To Heaven

Mahindra Forays Into E-Commerce With Launch of M2ALL Marketplace