Microsoft has delayed one of the most impressive new features coming to Windows 10
Windows 10 Fall Creators Update will not ship with the hotly-anticipated Timeline feature.

Timeline will allow Windows 10 users to switch between devices – including PCs, tablets and Android and iOS smartphones – and pick-up where you left off.

Apple has included a very similar feature in its iOS and macOS operating systems, enabling users to start a document on one machine and resume it immediately from another.

Microsoft’s plans are a little more ambitious, since the Redmond company wants to enable the function across rival mobile operating systems.

It’s not clear why the software was been bumped from the upcoming Windows 10 Fall Creators Update.

“Timeline won’t be in the Fall Creators Update,” confirmed Microsoft Executive Joe Belfiore to The Verge.

“We’re planning for it to be in early insider builds shortly after Fall Creators Update is out.” 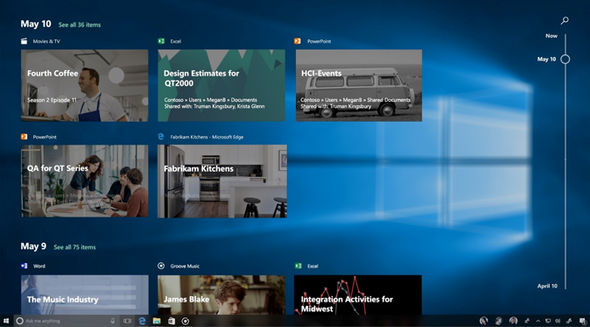 Windows 10 Fall Creators Update is widely-tipped to ship in September – with a number of upcoming features currently being trialled with Windows Insiders.The next significant operating system update will likely launch sometime in March 2018.

This is not the first time Microsoft has decided to ditch a previously announced feature from its next update.

It follows the news that Microsoft will now prompt those running the earliest version of Windows 10 to update their operating system.The Redmond technology company has confirmed that it will be pushing out notification to users still running Windows 10 version 1507.

This notification warns them the software is now deemed “end of service” and will no longer receive monthly security patches.

Microsoft will push users to upgrade the system. 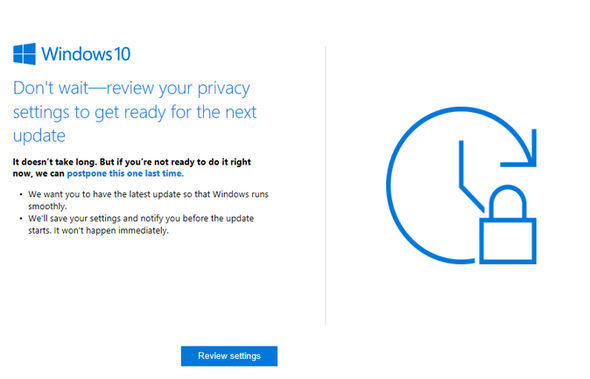 Tapping the handy button included in the new notification will fast-track users to the latest version of the operating system – at present, Creators Update.Users can also dismiss the prompt to upgrade to Windows 10 Creators Update, but this cannot be done indefinitely.

Windows 10 users are able to postpone the process up to five times, with the sixth notification pop-up asking users to confirm their privacy settings.

Microsoft claims the process will “only take a few moments for what we believe provides you with the best balance between privacy, security, and control”.

“The most secure Windows device today is an updated one: running both the most recent feature update – the Windows 10 Creators Update – and the most recent monthly quality update,” said John Cable, Microsoft Director of Program Management, Windows Servicing and Delivery.

“By staying up to date on both the latest feature and quality updates, you’re assured of being on the most secure version of Windows 10.”

Diabetes, heart disease risk can be cut down by spending time in nature