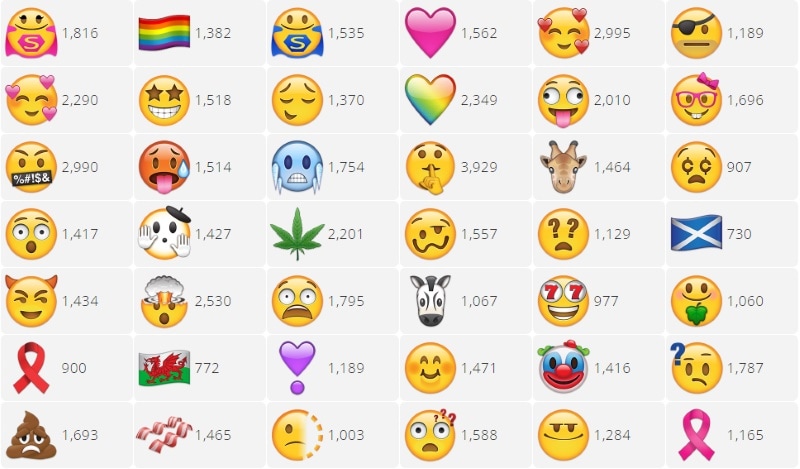 The Internet’s obsessed with new emoji: pitching them, petitioning for them, arguing about their exact designs and details. But regular users have rarely had a way to be part of the notoriously complicated emoji-proposal process – at least until now.

Tuesday, the app maker EmojiXpress launched a website called EmojiRequest, which’ll serve as a sort of “We the People” for emoji fans. The site lists a number of oft-requested characters and invites users to up-vote their favourites; if enough people vote for a character, EmojiXpress will sponsor a full, technical proposal and submit it to the Unicode Consortium on their behalf.

As far as PR stunts go, this one’s pretty great – certainly it brings your average user closer to the process of creating new emoji. The consortium, which is in charge of standardizing and approving computer texts, doesn’t act on every proposal it receives, but it does review every proposal with the potential of passing them up/on. And EmojiXpress proposals will theoretically have a leg up, because the votes serve as a demonstration of future use and the company is itself a member of the consortium.

You don’t need a middleman to petition Unicode, of course – anyone can submit a proposal. But the process is complex and technical, typically too involved for your average dino lover. The proposal must explain point by point, for instance, what makes the proposed emoji distinctive and how it fits into the existing set, as well as document the multiple meanings of the character and quantify how many people are expected to use it.

Once all that’s in, the screening process has only just begun: It usually takes years for a proposal to make its way through Unicode’s various committees and working groups, and from there to the latest version of the Unicode Standard, and from there – maybe, eventually! – to your phone.

For the record, the EmojiRequest front-runners as of this writing are “hush” face, “fingers crossed,” “in love” face, “swearing” face, “exploding” face and “hungry” face. Also near the top are some perennial favorites, like the marijuana leaf, frowning poop, giraffe and pancake.

If any of those seem essential to your online communications, you can vote for them atwww.emojirequest.com. EmojiRequest is also taking submissions via its contact form, with plans to introduce more voting options in the near future.

Are ADHD and Autism Inherited? Research on Younger Siblings Indicates They Might Be