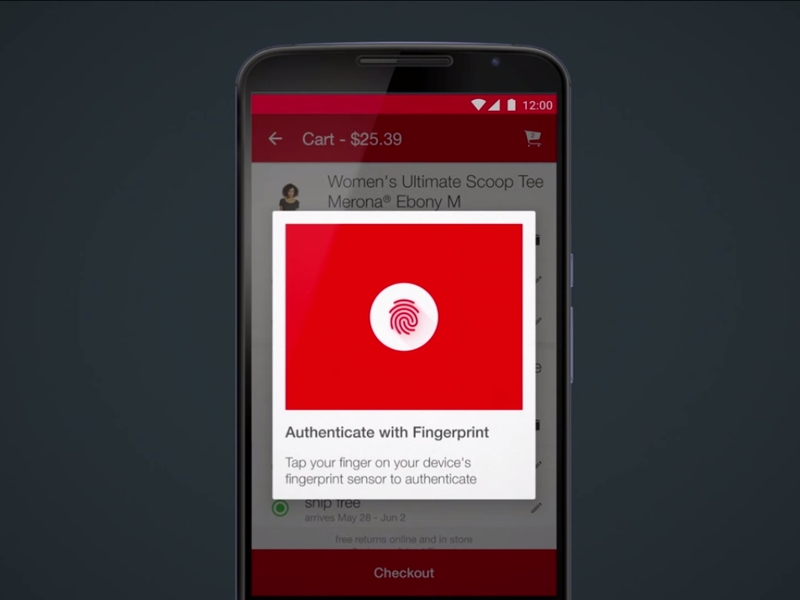 The newest version of Android, version 6.0 named Marshmallow, has been available for developers to preview for some time now, with a public release pegged for November 2015. There are a lot of improvements that Google is promising with Android Marshmallow, which give you more control over the phone and improve performance, while also providing new ways to interact with your device.

(Also see: Why I Am Not Excited About Google’s Android M Update)

Here are the 6 features from Android 6.0 Marshmallow that we are most excited about.

1) App permissions
Application permissions have been completely overhauled in Android Marshmallow. Now you will be able to grant apps individual permissions to device functions, instead of the previous model of all or nothing.

What this means is, if an app is trying to access your phones camera or microphone, the system would prompt you saying this app is trying to access camera/ microphone on your device and it will ask, “Would you like to allow this?” It’s a big change from the current system where you have to either give an app access to all the services it wants; or not install the app.

Here’s another example: If you want to send a voice recording on WhatsApp, the system would give you a prompt telling you that WhatsApp is trying to access the microphone on your phone. This means you don’t have to agree to permissions from an app which doesn’t make sense to you, such as if you don’t want a specific camera app to access your contact list. 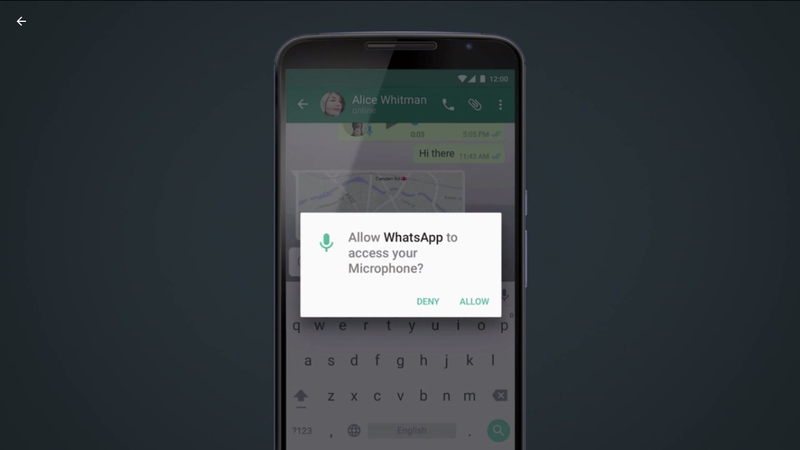 Now you can also go into app settings and individually turn on or off app specific permissions at any time. This gives users complete control over an app, and resolves any privacy concerns they might have.

2) Now on Tap
This is one of the most impressive new features to be introduced with Android Marshmallow. Now on Tap takes the concept of the smart assistant Google Now, and spreads it across the entire OS so you can take advantage of it on any screen, regardless of what you are doing. All you need to do, is simply press and hold the home button, and Now on Tap will analyse the information you are looking at, to give you related cards.

For example, you get an SMS from a friend asking if you would like to go to watch the James Bond Spectre movie over the weekend; long press the home button and Google’s Now on Tap will automatically recognise the context of the text based on words like ‘movie’ and ‘James Bond Spectre’ and show you useful results, such as screening timings in nearby cinema halls, or ratings from IMDB.

3) Fingerprint support
While we’ve seen Android phones with fingerprint scanners, the implementation was done by vendors themselves. Android Marshmallow will support fingerprint scanners on phones natively now. The new feature will allow the scanners to be used to not only unlock your device, but also use it authorise payments using Android Pay in the offline world or within Play Store apps.

4) App links
App links, also known as Intents, is a feature where if you click on a link in your email or a text message, it asks you what app you would like to open it with. The same thing happens when you click on – for example – a video file or a Facebook link; you are shown all the app that can open the link and asked to choose the one you want to use.

This feature always allowed Android users to set their own default apps, but it was also annoying at times with frequent dialogue boxes asking which app you want to use. App links are now being updated in Marshmallow to show greater awareness of what you’re clicking on, instead of routinely stopping you to pop up dialogue boxes.

So, in Marshmallow, if you get an email with twitter link, it will launch the Twitter app instead of asking you to choose between that and the Chrome browser. 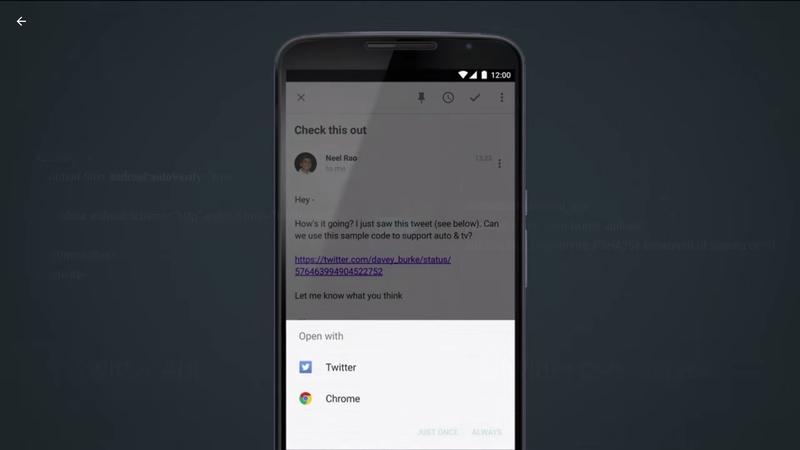 5) Doze
One of the most common complaints faced by Android users has been unpredictable standby times on their phones. This happens because of apps running in the background, which can affect the standby time and performance.

Google is now looking to improve this with the feature called Doze. This is a new technology that learns over time and detects when your device is motionless and not being used, so it can be sent into a deep sleep mode. Once your phone is set to Doze, it checks for updates from apps less frequently, while still staying responsive for calls, messages, and other similar things. Google claims that internal tests have showed double the battery life on standby mode, when compared to Android 5.0.

6) Automatic backup and restore
A seamless back up feature is something which has been missing from Android for years, and it looks like Google has finally taken notice. With Android 6.0, you can set up automatic backups, which will back up apps and app settings of up to your Google Drive storage. There will be a limit of 25MB per app, and the backups will not count against your Google Drive storage limits, and are encrypted by default.

These backups happen no more than once a day and run only when the device is idle and is connected to a working Wi-Fi connection to avoid unwanted data charges and battery drain on your device.

This way you can change phones or just reset your phone and when you re-install your apps the previous data will be restored conveniently. This feature works even with apps which have been side-loaded or purchased through other app stores.

These six features are some of the highlights, in our view. Overall, Google is bringing some much needed polish and great new features to the OS in Android 6.0 Marshmallow, and we can’t wait to try it on the final release.

Siddhy is a gadget freak and leads the consultative selling platform at FindYogi.com

Disclaimer: The opinions expressed within this article are the personal opinions of the author. NDTV is not responsible for the accuracy, completeness, suitability, or validity of any information on this article. All information is provided on an as-is basis. The information, facts or opinions appearing in the article do not reflect the views of NDTV and NDTV does not assume any responsibility or liability for the same.

Sprint and T-Mobile remind you about their iPhone 6s deals

OnePlus Apologizes For The OnePlus 2 Delay