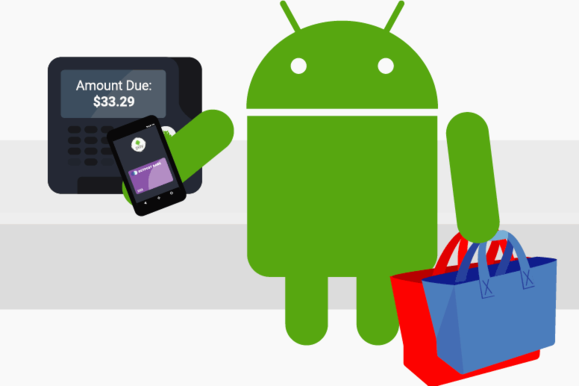 Android Pay is finally here, giving you Google’s latest attempt to muscle its way into the mobile payment space.

But Google also has ambitions beyond just turning your phone into a debit card. Inannouncing Android Pay, the company said the app will store your gift cards, loyalty cards, and special offers. And soon, redeem them and pay all with a single tap of your phone. A peek at the version 1.0 APK uncovers that some of these features have snuck their way out, although not all of them are quite ready.

This could make your phone a more powerful option for making payments at an electronics store, supermarket, or coffee shop as you won’t have to remember to pull out your rewards card and have the cashier scan it.

If you’ve used Google Wallet you may already have a number of accounts set up with different retailers, as keeping these all in one place was one of the best features of that app. Being able to pay for an item and automatically get a free beverage, money off the purchase, or another perk without having to think about it would be a tremendous upside.

Android Police found plenty of code and a couple of screenshots that indicate there’s a feature coming called Auto Redeem. However, the list of supported vendors is rather few, so Google may still be working behind the scenes at putting partnerships in place.

Why this matters: Mobile NFC payments are cool, but they still haven’t quite become as commonplace as using a debit/credit card. The technology got its biggest boost withApple Pay, much to the chagrin of Google and Android fans who had been using Google Wallet for years. But only now have retailers started to embrace Apple and Google’s solutions, so we’re just beginning to see what’s possible with mobile payments.

5 Ways To Get The Most Nutrients Out Of Your Food

10 reasons why you must have one kiwi fruit daily

HTC U11 review: A flagship device that’s well worth the money