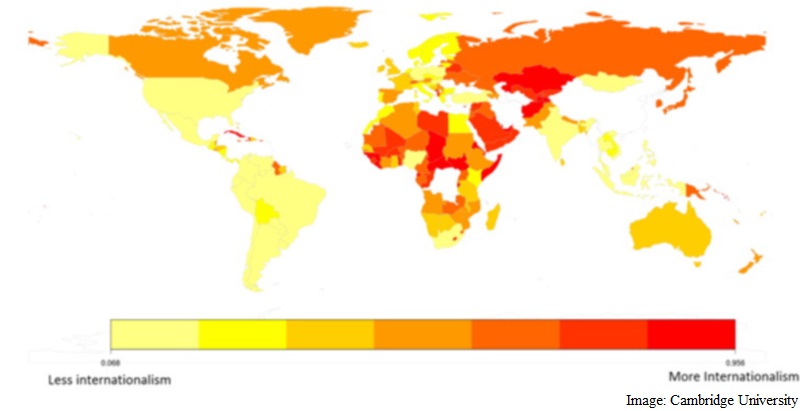 The study by University of Cambridge, conducted in collaboration with Facebook, shows a correlation between people’s social and financial status and the levels of internationalism in their friendship networks.

“The findings point to the possibility that the wealthy stay more in their own social bubble but this is unlikely to be ultimately beneficial. If you are not engaging internationally then you will miss out on that international resource that flow of new ideas and information,” explained study co-author Dr Aleksandr Spectre from Cambridge.

According to researchers, the results are in line with what’s known as the “restricting social class” hypothesis.

It means that high-social class individuals have greater resources and, therefore, depend less on others with the wealthy tending to be less socially engaged, particularly with those from groups other than their own, as a result.

To understand this, the research team conducted two studies – one local and one global.

The global study used a dataset of billions of Facebook friendships.

For the first study, the team recruited 857 people and asked them to self-report their perceived social status.

For the second global study, the team approached Facebook directly who provided data on every friendship formed over the network in every country in the world at the national aggregate level for 2011.

The dataset included over 57 billion friendships.

The team again found a negative correlation between social class – this time on a national level – and the percentage of Facebook friends from other countries.

The findings provide support for the “restricting social class” hypothesis at both local and global level.

The results also highlight how those from lower social classes are taking advantage of platforms like Facebook to increase their social capital beyond national borders.

The results were published in the journal Personality and Individual Differences.

Samsung Galaxy J3 Pro to be available on Flipkart from May 29: Price and features