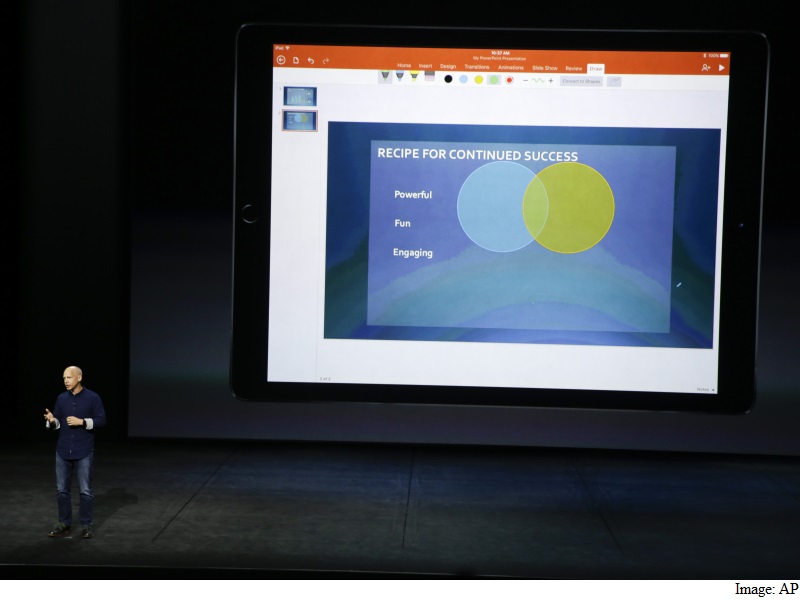 Loyal Apple fans likely shuddered on Wednesday as longtime nemesis Microsoft was welcomed at a high-profile media event to show off software tailored for a new iPad.

The US software titan had been mocked at previous Apple events as not just an entrenched adversary but as a copycat waiting to duplicate the company’s innovations.

Yet Apple chief executive Tim Cook offered the surprise introduction by saying, “Who knows more about productivity than Microsoft?”

Building on the surprise, an Adobe demonstration came in the wake of a presentation by Microsoft executive Kirk Koenigsbauer at the San Francisco event which featured a new iPad Pro and other devices.

The Mashable writer went on to put the Microsoft appearance on par with a Steve Job’s nightmare.

Late Apple co-founder Jobs unabashedly fired barbs at Microsoft, which was portrayed as an evil empire overlord while the iconic California was a rebel force.

Microsoft and Apple fans have clashed in San Francisco coffee houses with the kind of intensity though more common for lovers of rival sports teams.

Microsoft’s unprecedented appearance on an Apple event stage left those fans to now argue whether it was a sign of Microsoft’s defeat in the long-running war or whether Apple needed them as an ally to push iPads deeper into the business world.

“We are focused on reinventing productivity,” Koenigsbauer said.

“Today, more than ever we are supporting productivity on Apple devices.”

He showed off Office work software tailored for a new, larger-screen iPad Pro.

Adobe, whose Flash program was banned from iOS by Jobs in 2010, meanwhile showed off a new application designed for the iPad Pro, dubbed Photoshop Fix.

LLB entrance exam format needs a makeover, make them like NEET or JEE