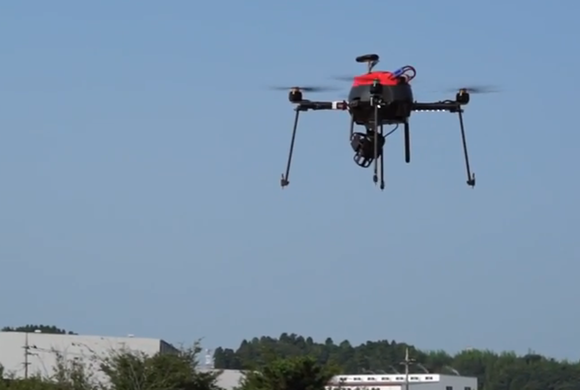 A California bill that would have forced drones to fly at a minimum height of 350 feet (107 meters) over private property has been vetoed by Governor Jerry Brown in the wake of criticism that it could have damaged the state’s drone industry and the economy at large.

Senate Bill 142, had it become law, could have dealt a blow not only to hobbyists but to the aspirations of companies like Amazon.com that are aiming to make deliveries using drones.

The requirement to ask permission from property owners to fly below 350 feet would have forced companies to ask for permission from neighbors before making a delivery to a particular location.

In a message late Wednesday, Brown wrote to the members of the state senate that the issue had to be looked into more carefully. The bill as drafted, however well-intentioned, could have exposed “the occasional hobbyist and the FAA-approved commercial user alike to burdensome litigation and new causes of action.”

The bill would have introduced trespass liability even if privacy was not violated, Brown added.

The Federal Aviation Administration limits the flying of drones by hobbyists to a maximum of 400 feet. The 350 foot minimum altitude requirement of the proposed California law would have then limited hobbyists to a corridor of 50 feet.

Rules proposed by the FAA for commercial uses of drones limit the altitude drones can fly to 500 feet.

Some states have, however, have pushed ahead with their own legislation on various aspects of drones. In 2015, 45 states have considered 156 bills related to drones, according to data from the National Conference of State Legislatures.

Before Governor Brown for consideration are two other bills that place restrictions on flying of drones over prisons or county jails and schools in the state.

Trade association Consumer Electronics Association welcomed the veto. “While we agree issues of privacy and drones should be addressed, this legislation was the wrong approach,” CEA president and CEO Gary Shapiro said in a statement. Safe and responsible drone use will transform the way people do business, he added.

Realme X and Realme 3i Price in India Set to Be Revealed: Live Updates From Launch Event